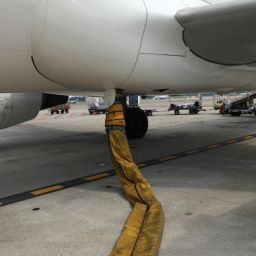 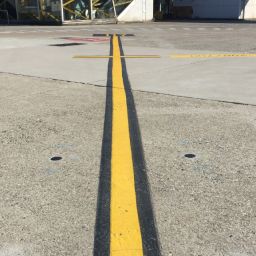 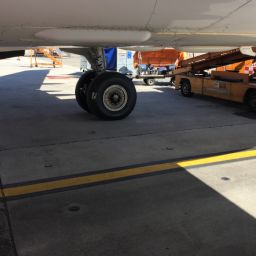 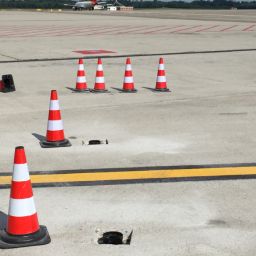 In July 2015, Nabla Quadro started an R&D project to upgrade the Sky Light Sensor, which is based on optical and magnetic detection principle. The aim is to optimise this device to monitor aircraft parked at an airport stand, where aircrafts head towards after landing. The output is a brand-new product: Sky Light Aircraft System.

Its main purpose is to solve the issue of knowing exactly when an aircraft occupies a parking stand, and also doing it in real time and automatically. In fact, airports don’t have any certified systems able to state the exact block-on and block-off times for airplanes in the remote stands. For this reason, there are often inconsistencies between the communications made by airline pilots and ground handling operators. Sky Light Aircraft System is a wireless system to monitor individual stands, giving the exact block-on and block-off times. Thanks to this system, airports are able to provide official and accurate data, avoiding misunderstandings between airlines and ground handling companies.

R&D activity is constantly supported by tests on site in the airport airside, in order to prove the effectiveness of the detection in the same conditions the device will be working during its life.

The test site is inside the Milan Malpensa Airport, which is managed by SEA Aeroporti di Milano SpA.

The first stage of the project involved two stands, one equipped with 4 sensors, the other with 2 of them. It lasted 6 months and led to determine the optimal layout for sensor installation in airport stands, in order to detect aircrafts of any size. Moreover, the algorithm parameters have been refined to adapt to this precise and unprecedented purpose of detecting aircrafts.

Later, a second step of this project started in September 2016 to prove the effectiveness of the R&D developments accomplished after phase one.

The installation of Sky Light Aircraft System – 2.0 version took place in March 2017, involving 18 airport parking stands within the Terminal 2 of Milano Malpensa Airport. Data have been constantly under analysis and they will be for 12 months, in order to evaluate the performance of the system in any meteorological condition and temperature.

The next step of the project is to replace all the sensors with an upgraded version that has LoRaWAN radio connectivity.